The brief was to reuse an existing interior, utilising traditional sculptures and motifs provided by the client, whilst providing a contemporary dining experience.

Arranged Marriage, is about the ‘marriage’ of Kerala cuisine and ideas in a New Zealand setting. A design was initially prepared for another site, but Namasthe India 2 Ltd acquired this site when it became available after extensive fire damage was repaired. A second design was then commissioned for this new venture in New Plymouth.

The brief was for a modern, crisp and contemporary interior that showed the fusion between Kerala cuisine and Taranaki. A peace wall was designed for the restaurant when research discovered an historic meeting between Ghandi’s and Te Whiti’s Grandsons at Parihaka.

The blank canvas of exposed wall and ceiling linings allowed the beauty of the existing building to be preserved and on show with this new fit out.
The combination of the raw exposed ceilings with bold colourful graphics and steel light features have created a modern eclectic space, which is a striking addition to New Plymouth’s vibrant restaurant scene. 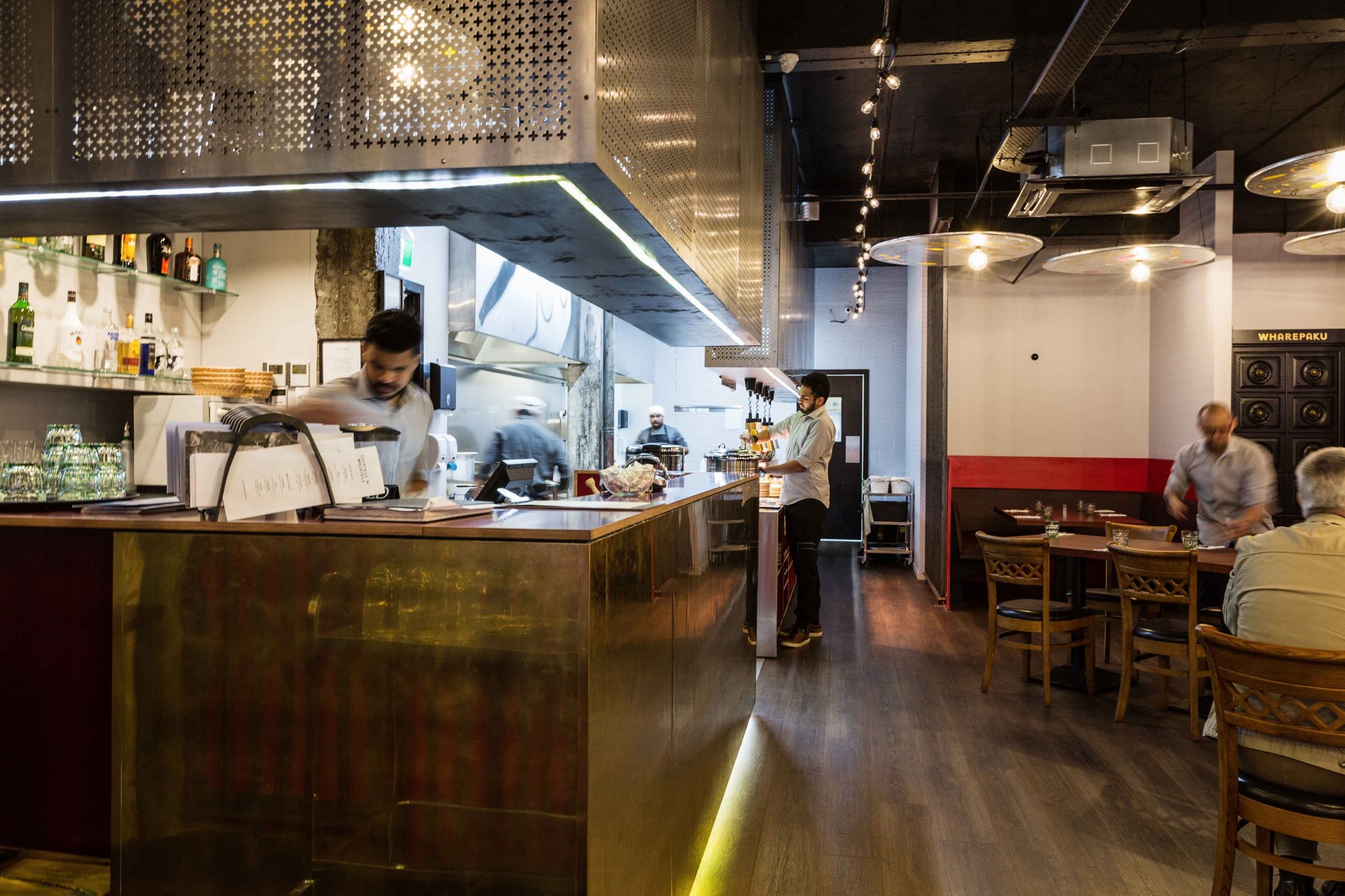 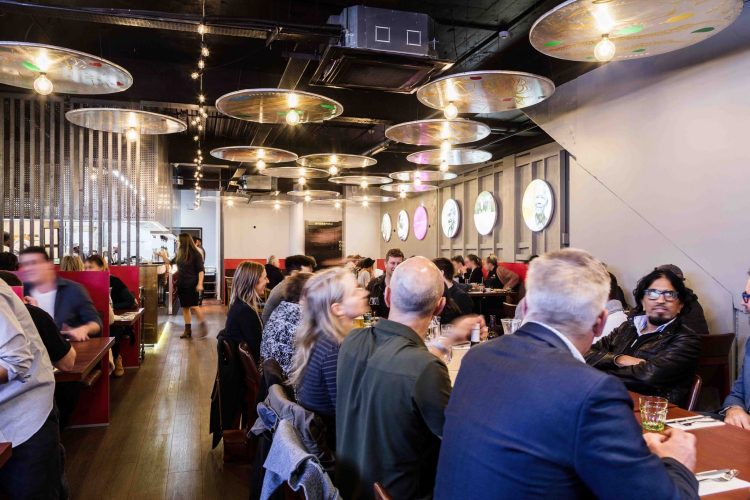 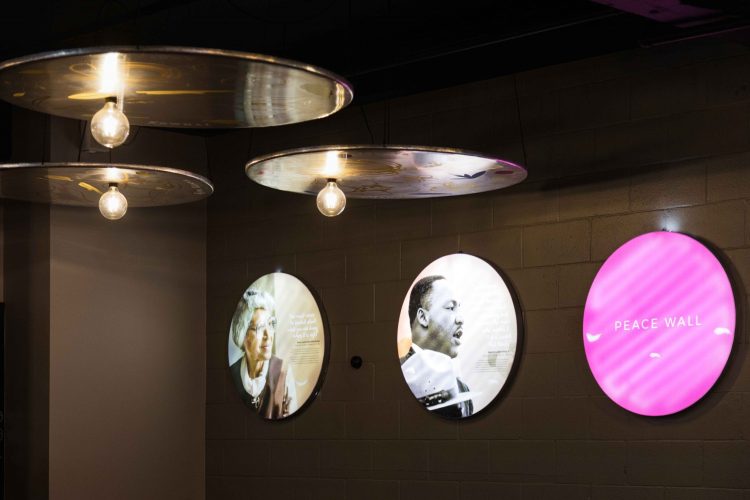 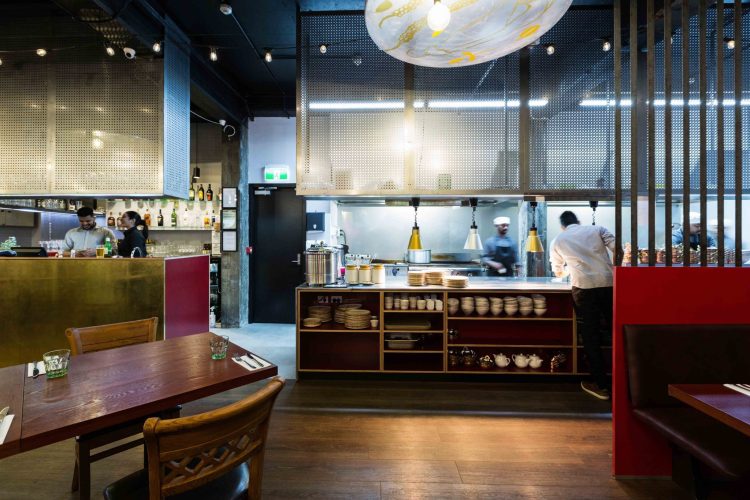 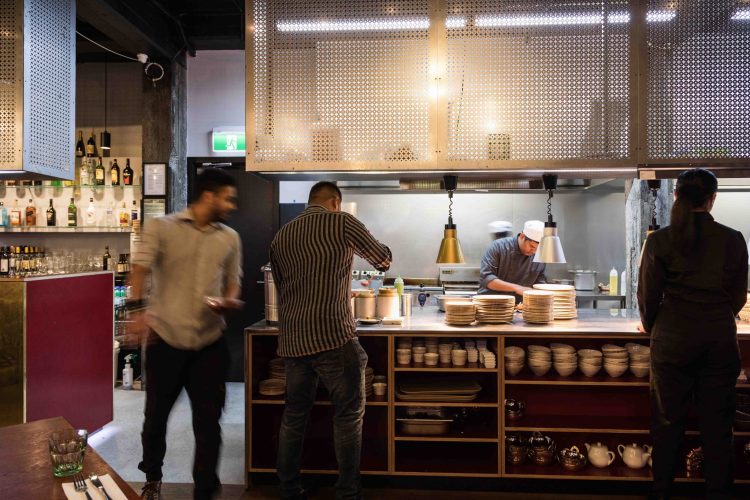 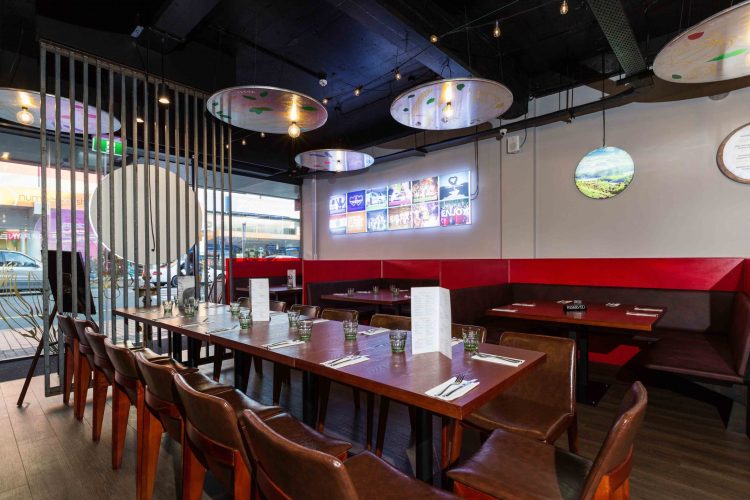 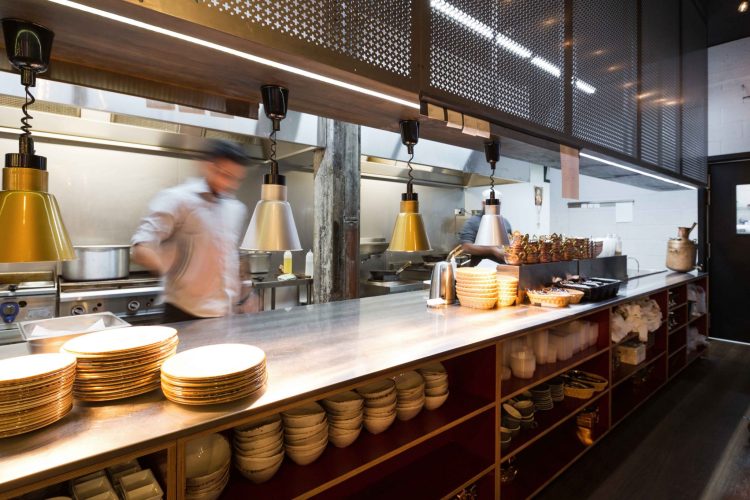 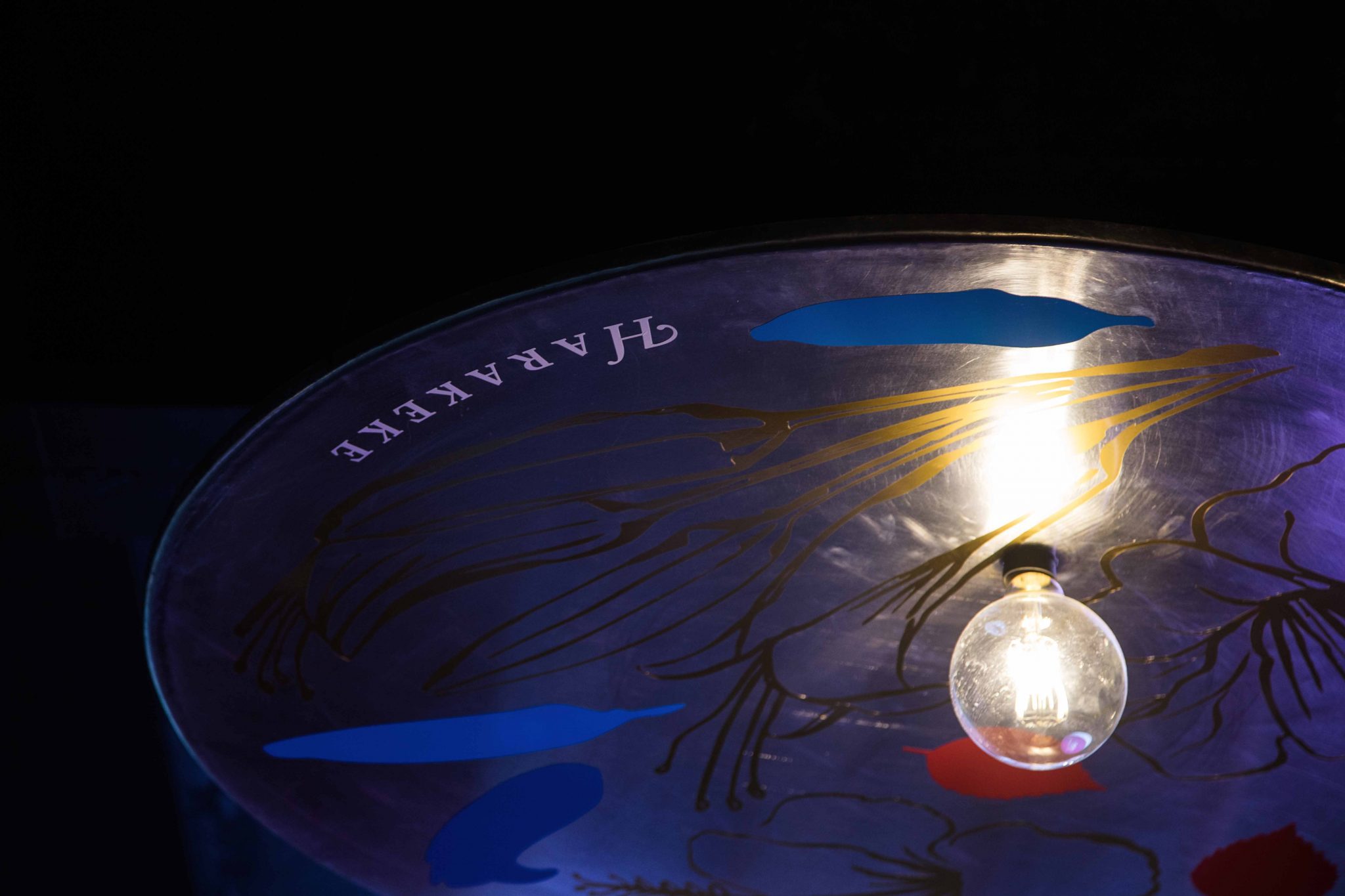